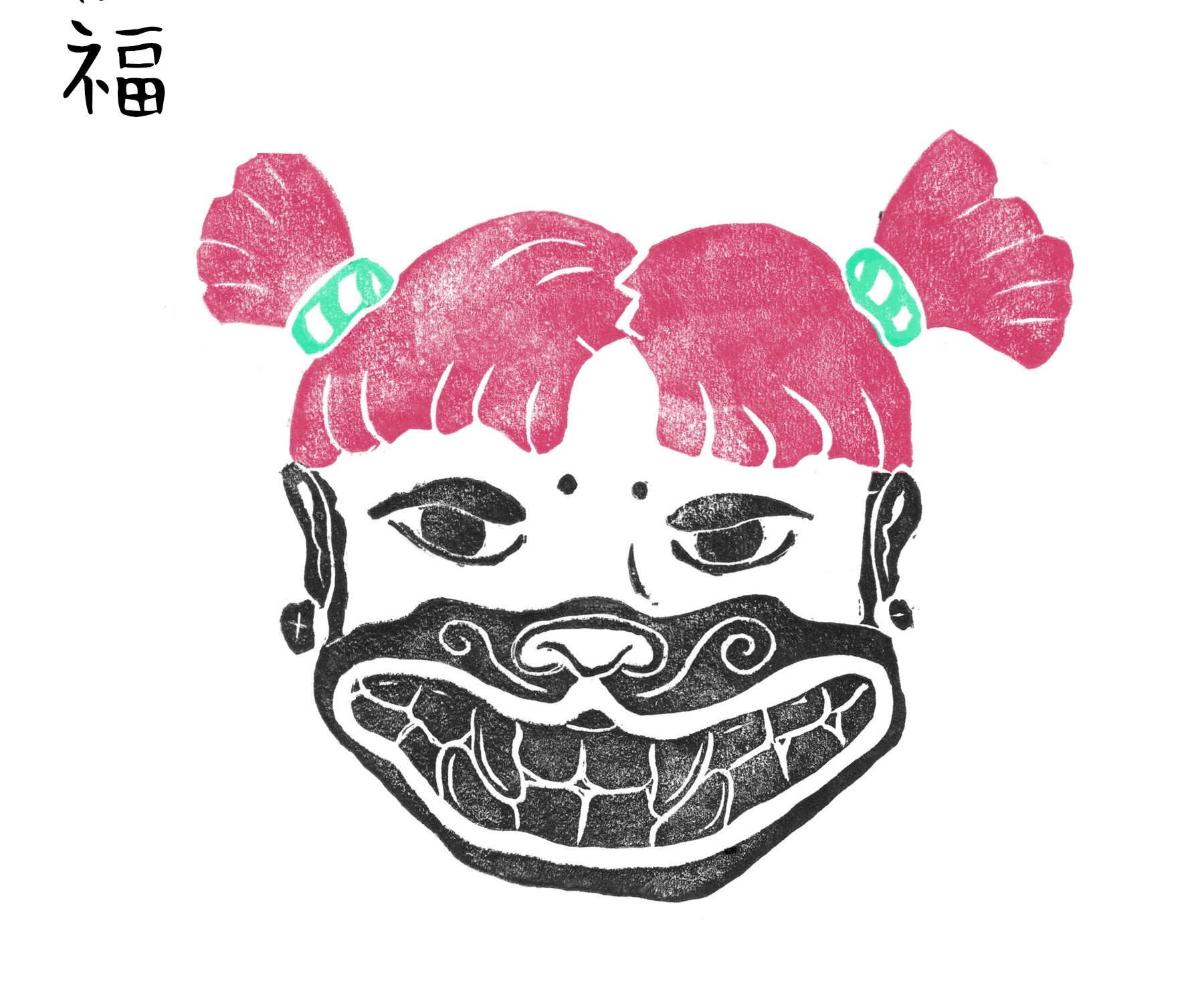 I created a hommage to one of Cartoon Network’s popular 90s animation, The Powerpuff Girls. I made an Asian version called The Battlebuff Girls, carved out of linoleum blocks. Remixed Tagline – Sui Mai (燒賣), rice and everything nice. Sui Mai is a classic Cantonese pork & shrimp dumpling. 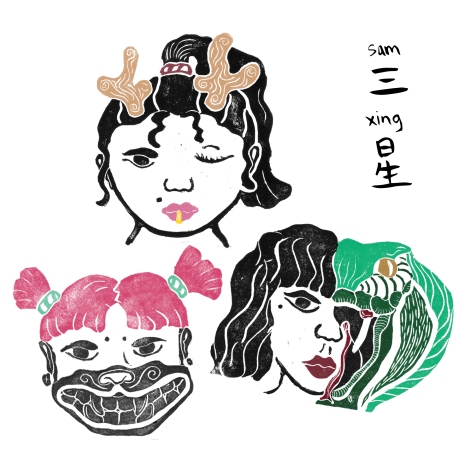 These particular female figureheads I carved up are also meant to be a modern remix of the Toaist’s dieties ‘Fook Luk Sau’ (福祿壽). It is common in some East and South-East Asian households to have the Fook Luk Sau (traditionally 3 male figures) placed in prominant areas of the home. Below was a pic I took a few months ago at my place: Fook – Good Fortune – I drew Fook as a girl in pig tails with the lower half of her face with the mouth of a Foo Dog’s. Foo Dog’s are often placed at entrances of homes/ offices to invite good energy and block out bad ones.

Luk – Status/ Authority – I drew Luk as a woman with half her head in serpant form. Dragons are seen as power and authority, but snakes aren’t (although they are said to be relatives of the dragons). People often can misinterpret the spreading of your influence with the spreading of your venom.

Sau – Longevity – Sau is represented by a a girl in pony tails with deer antlers (which deers are quite often representated as longevity and knowledge). 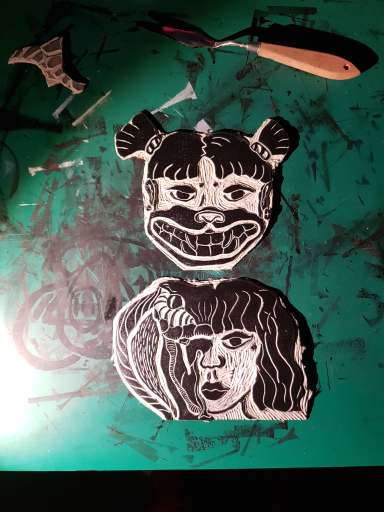 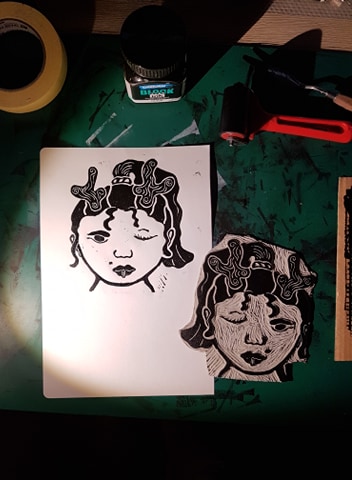